Data Recovery from all Media and All Circumstances

Leader in Data Recovery Since 1985

We recover where others fail

We don’t gamble with Customers Data, we Recover it

We have been successfully rescuing data from failed RAID Drives used in Servers and NAS (Network Attached Storage) for many years and we have seen almost everything that could go wrong with them. We have extensive tools, equipment, and expertise that ensure we can regain customers’ valuable data in record time.

We follow our well defined 7 step process and we start by initially carrying out a thorough non intrusive read only evaluation of the full drive set. During the RAID data recovery evaluation stage, we determine whether the RAID has logical corruption or if individual drives within the RAID Array have suffered physical damage; or if it is the combination of both. In the case of physical drive damage, each drive will be taken to the clean room and repaired, then a raw image will be taken, and the de-striping process will then be carried out on the RAID array drives. This ensures no additional corruption can be imparted to the defective drive set.

In the case of physical drive damage, each drive will be taken to clean room and repaired, then a raw image will be taken, and the de-striping process will then be carried out on the array drives to continue on with the RAID data recovery.

RAID is a very popular method of storage on modern Server and NAS storage devices. They are designed to be fast and fault tolerant by slicing the data across several disks and can be configured in different ways depending on customers requirements.

The fault tolerance system works in such a way that typically, if a drive fails within the RAID array, a hot spare (previously unused) is pulled into the set and replication is done across it and the system continues to function. The system is in what is termed a degraded state but is perfectly functional. If however during this time the system detects another drive failure it becomes unable to function and it will fail.

We provide RAID data recovery from a range of failures, some of which are mentioned below: 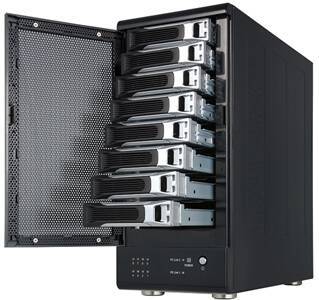 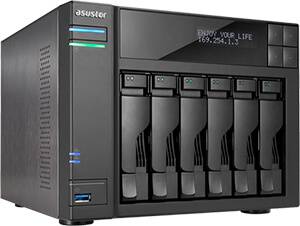 We perform RAID data recovery where others fail and do so regularly with ease by deploying over two decades of data recovery experience, deep knowledge of extremely effective yet highly guarded data recovery techniques which allows us to deliver faster than most and yet at an extremely competitive price.

We can recover virtually any RAID system, from home NAS to Enterprise RAID. We provide services including the following: