Data Recovery from all Media and All Circumstances

Leader in Data Recovery Since 1985

We recover where others fail

We don’t gamble with Customers Data, we Recover it

We offer a complete data recovery service on a full range of solid state drives and operating systems based on MLC or SLC NAND flash memory technologies for all makes and models of laptops and notebooks.

Compared to hard disk drives, Solid State Storage Devices have no moving parts, which have generated the common held belief that the data is much safer on these. However, this is not the case as SSDs have higher vulnerability, compared to HDDs, to some defects that typical such as abrupt power loss, magnetic fields and electric charges.

Data loss in flash media and solid-state drives is most commonly cause by: 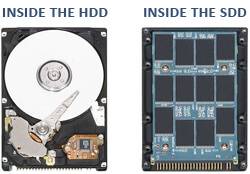 SSDs were introduced on the market a few years back and are depicted as the technology meant to replace HDDs. Unlike HDDs, where platters and writing / reading heads are used, the SSDs use flash memory and the writing / accessing of data on the drive is done simultaneously on multiple flash media through various complex algorithms meant to maximise their speed.

Due to the proprietary nature of the algorithms, controller chip manufacturing and programming SSD recovery situation is unique. However rest assured that data recovery can still be performed on solid-state drives and we have full capability and expertise to complete solid state drive recovery.